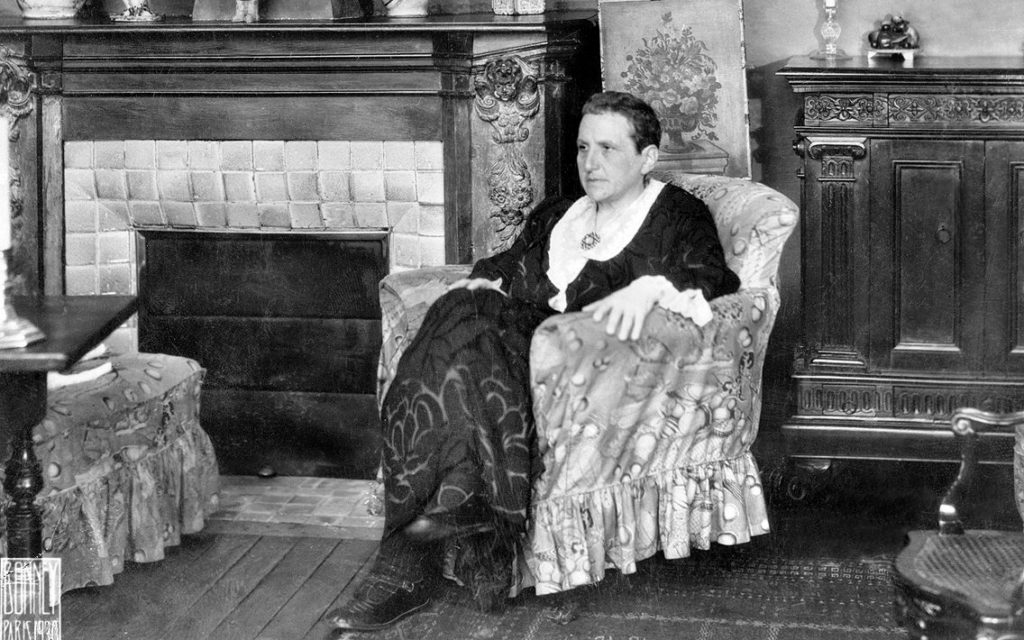 Gertrude Stein (the American writer, poetess and feminist) lived here in Paris between 1903 and 1912. First, she shared an apartment here with her brother Leo (a talented art critic), and then with her life partner and assistant, Alice B. Toklas. Stein became a leading patron of young artists, painters and writers. She hosted the famous Stein’s salon, frequented by many important writers including Ezra Pound and James Joyce among others.

It was the writer Sherwood Anderson, who convinced Hemingway to meet Gertrude Stein and persuaded him to settle in Paris. According to Anderson it was the best place to be for a serious writer. The monetary exchange rate at that time made Paris an inexpensive place to live and, more importantly, in Paris, on the left side of the Seine, was where the most interesting people lived. Sherwood also wrote letters of introduction for Hemingway to famous American expatriate writers and artists in the French capital.

Stein lived here with her brother Leo and her partner Alice B. Toklas. Stein and Leo, who was also an art critic, gathered a collection of outstanding artworks. © Wiktor Bojanowski / Travelbyart

First, Hemingway visited Gertrude Stein with his wife Hadley. Later, he would often drop by after taking a walk in the Luxembourg Gardens. He was impressed with the spacious studio, which had a fireplace and walls hung with many paintings. In his book, A Moveable Feast, he wrote: “[t]hey gave you good things to eat and tea and natural distilled liqueurs made from plums, yellow plums or wild raspberries.”

Stein made the remark that all young American writers were a ‘lost generation’, that they had no respect for anything, and that they drank themselves to death

And he continued: “Miss Stein was very big but not tall and was heavily built like a peasant woman. She had beautiful eyes and a strong German-Jewish face that also could have been Friulano and she reminded me of a northern Italian peasant woman with her clothes, her mobile face and her lovely, thick, alive immigrant hair […].”

However, Hemingway also recollected that “[t]he way it ended with Gertrude Stein was strange enough. We had become very good friends and I had done a number of practical things for her such as getting her long book started as a serial with Ford and helping type the manuscript and reading her proof and we were getting to be better friends than I could ever wish to be.”

When Stein made the remark that all young American writers were a ‘lost generation’, that they had no respect for anything, and that they drank themselves to death, Hemingway felt offended. He started to visit the writer less frequently and one time she even refused to receive him, although she was at home. They also spared no snide remarks when describing one another. In A Moveable Feast Hemingway mentioned that she quarreled with almost everyone who was fond of her. At least this was his version of events.

See it on Map: