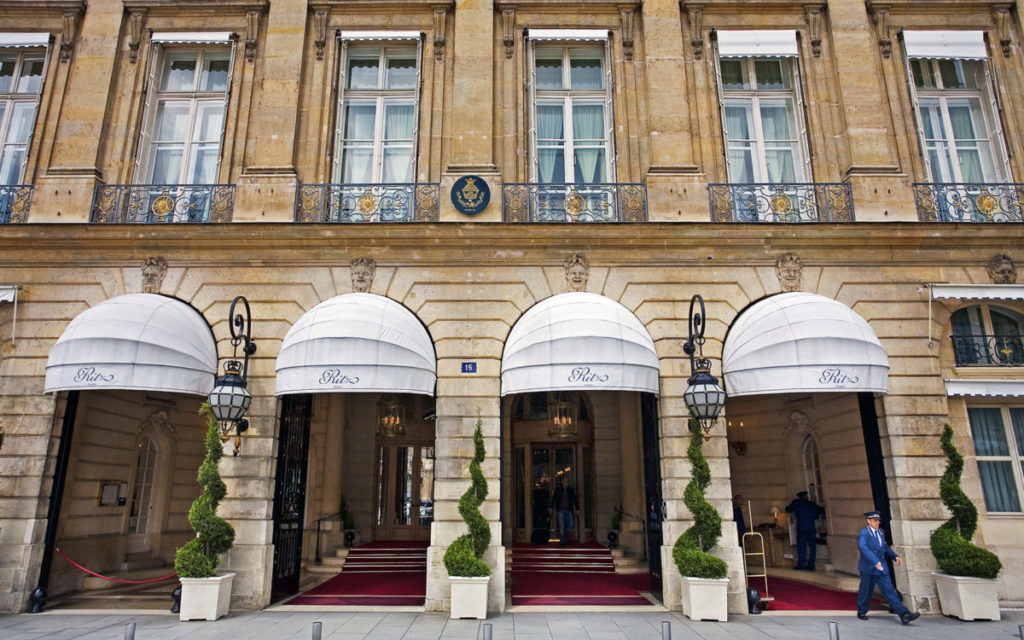 A legend among hotels worldwide – the Ritz. For over 100 years, it has welcomed royalty, bankers, and artists. © East News

Hotel Ritz: The most romantic hotel in the world

One of the most famous hotels in the world, whose name stands for luxury and prestige. Hotel Ritz was founded in 1898 by the Swiss hotelier César Ritz, who was often called „the king of hoteliers, and the hotelier of kings.” He was one of the first to mandate the policy that “the customer is always right.” Ritz was born the youngest of thirteen children in a poor peasant family and began his career in the hotel business at the age of sixteen, working as a busboy.

However, Ritz did not write this famous chapter in the history of prestige hotels alone, he had a partner, Auguste Escoffier, a brilliant French chef, who is often cited as the father of modern French cooking. It is impossible to learn French cuisine without learning some of Escoffier’s iconic recipes. He also set a high standard on how food is served, insisting that appearance, color and timing are as important as how it tastes. After César Ritz’s death, the hotel was run by his wife and his son, Charles, who maintained the high standards Ritz had set.

The Hotel Ritz comprises two wings – the Vendôme with rooms overlooking the Place Vendôme, and, on the opposite side, the Cambon building where one can enter the celebrated Hemingway Bar. The two buildings are linked by „The Temptation Walk”, a long corridor lined with display cases that contain some of the finest and most expensive luxury goods, works of art and eccentricities that Paris has to offer.

Sophia Loren even declared it to be “the most romantic hotel in the world, because a woman really feels a man loves her if he takes her there.”

The hotel opened its doors in 1898, and was the first hotel in Europe to provide a private bathroom and electricity in each room. However, not every guest was impressed with all of the new technological improvements. The famous playwright and wit Oscar Wilde complained that the elevators were too fast and the electric light ugly and unflattering.

The hotel’s guests included kings and royal families from around the world, as well as wealthy bankers and industrialists. It was also a popular destination for many famous personalities and artists such as Marcel Proust, Oscar Wilde, Colette, F. Scott Fitzgerald and his wife, Zelda, Jean-Paul Sartre, George Bernard Shaw, Audrey Hepburn, Maria Callas, Ingrid Bergman and Sophia Loren. Today, some of its notable regulars include Elton John, Mick Jagger and Woody Allen.

The Ritz often became a second home for many of its visitors, especially for Coco Chanel, Marcel Proust and Francis Scott Fitzgerald. Proust got so attached to the place that even on his deathbed, he thought of the Ritz. On the day he died, he sent his chauffeur to the hotel for a bottle of his favorite beer, which was always kept on ice for him. Coco Chanel lived in the Ritz for almost thirty years, until her death, in 1971.

“When I dream of an afterlife in heaven,” Hemingway once wrote, “the action always takes place in the Paris Ritz.“

The Hotel Ritz has been featured in several works of fiction, including Fitzgerald’s novel Tender is the Night, and in films, such as Love in the Afternoon (1957), starring Gary Cooper and Audrey Hepburn. Undoubtedly, the film enhanced the romantic aura of the hotel. Sophia Loren even declared it to be “the most romantic hotel in the world, because a woman really feels a man loves her if he takes her there.”

Read more: Where did Hemingway live in Paris?

See it on Map: