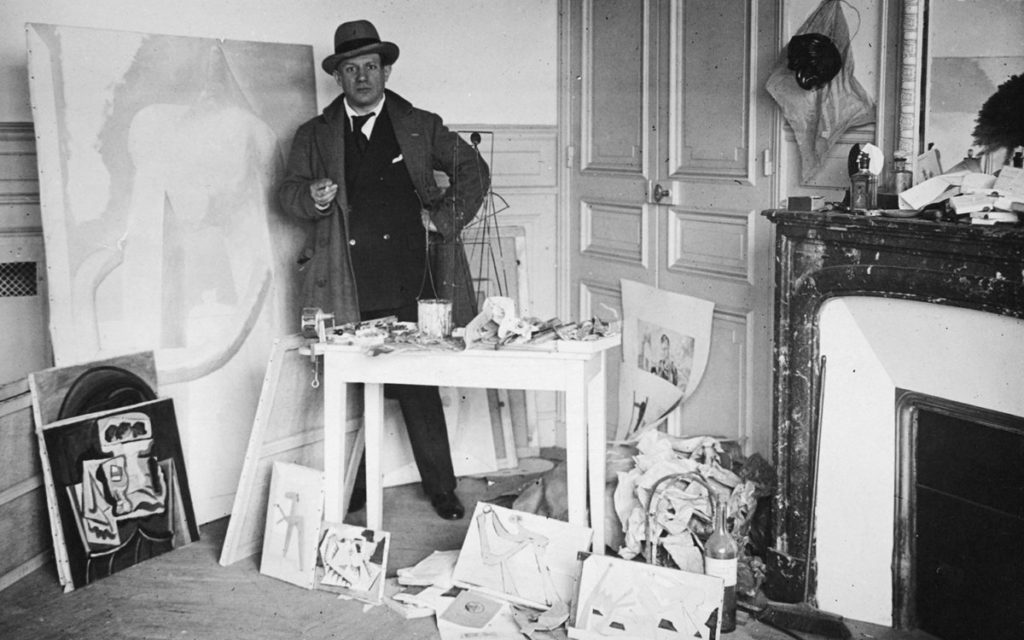 How did Pablo become Picasso in Paris

Pablo Ruiz Picasso (1881–1973), was born with the incredible full name of Pablo Diego Jose Francisco de Paula Juan Nepomuceno Maria de los Remedios Cipriano de la Santisima Trinidad Ruiz y Picasso. He was a Spanish painter, sculptor, printmaker and ceramicist and one of the greatest and most influential artists of the 20th century.

His earliest works were signed Pablo Ruiz, after his father, but around 1901 he started using his mother’s maiden name, Picasso.

In 1977, four years after the painter’s death, his works were counted and his assets valued. According to Picasso’s biographer and one of the most influential women in the media, Arianna Huffington, Picasso produced over fifty thousand works! There were 885 paintings, 1,228 sculptures, 3,181 linoleum prints, 6,112 lithographs and 7,089 drawings. Picasso’s fortune was estimated at two hundred and sixty million dollars before taxes.

Today, the big collection of his works (around 4,000) is held by the Museu Picasso in Barcelona.  There are thirty-one of his paintings at the Hermitage Museum in Saint Petersburg. In June 2014, the Musée Picasso Paris was reopened after a long renovation and now nearly 5,000 of Picasso’s works is exhibited there. The prodigious collection was bequeathed to the French state by the painter’s heirs, according to his wishes.

Picasso was born on June 25, 1881 in Malaga, Spain. From an early age, he demonstrated a precocious talent for drawing and painting and created his first oil painting when he was only eight years old. In 1900, Picasso held his first exhibition in Barcelona and later the same year made his first trip to Paris. The death by suicide of Picasso’s friend, the painter Carlos Casagemas, was a traumatic event on the young artist’s life and left a distinctive mark on his early output. It gave impetus to the origins of Picasso’s Blue Period – the works that he produced between 1901 and 1904.

The Blue Period was followed by the Rose Period, when Picasso moved to more joyful, vibrant works depicting, for example: circus performers, harlequins and clowns (Acrobat on a Ball, Family of Saltimbanques, Harlequin’s Family)

The death by suicide of Picasso’s friend, the painter Carlos Casagemas, was a traumatic event on the young artist’s life and left a distinctive mark on his early output. It gave impetus to the origins of Picasso’s Blue Period – the works that he produced between 1901 and 1904.

In 1907, Picasso’s style, marked by the influence of ethnographic art, began to evolve into a Proto-Cubist form. He started to depict objects and people in geometric schemas of cubic, rectangular or conic shapes. The most famous painting from this period is Les Demoiselles d’Avignon (in the collection of Museum of Modern Art in New York City). In 1937, Picasso was commissioned by the Spanish government to create a large mural for the Spanish display at the 1937 World’s Fair in Paris. He was paid 200,000 pesetas for which he created yet another famous work, Guernica.

On May 21, 1943, Picasso’s friend, the poet Paul Eluard, decided to conduct an experiment to reveal Picasso’s true personality. He sent one of the painter’s letters to Raymond Trilla, one of the most renowned experts in graphology of the time, and asked him what he thought of the writer, based on his handwriting. “To those who know Picasso well,” wrote Eluard, “the analysis was shocking.” The description was eerily correct. According to Trilla the writer is: “very gentle and very hard at the same time. Being in-between and in equilibrium are concepts alien to him. His sensuality is spontaneous. He needs it for lofty impulses and he abandons it when he finds them and when he can use them. He loves intensly and kills what he loves. He is sad. Pure creative acts allow him to find solutions and to get rid of his sadness. Joy and happiness are destructive to him. Some people may perceive him as insane, while others believe that he is a lofty creator. He is a truly great artist.”

“Pure creative acts allow him to find solutions and to get rid of his sadness. Joy and happiness are destructive to him. Some people may perceive him as insane, while others believe that he is a lofty creator.”- Eluard about Picasso

In 1946, Picasso moved to the French Riviera and in 1948 he bought a house in La Galloisen in Vallauris, in the south of France, where he felt at home. In 1958, he acquired the Chateau of Vauvenargues near Aix-en-Provence. But later bored with the gloomy castle, he purchased the villa, Notre-Dame-de-Vie, on the outskirts of Mougins in Provence. In the late 1960s Picasso’s health began to deteriorate and he died on June 8, 1973 in Mougins.

Women played an important role in the painter’s life. He would win them, let them grow attached to him, manipulate them and then leave them humiliated. At the same time, he could not live without them. He hated being alone.

In 1904, Picasso met Fernande Olivier, who stayed with him for seven years. In 1911, he became involved with Eva Gouel, who died four years later. In 1917, the artist took interest in Olga Khoklova, whom he married the following year. In 1921, Picasso’s first son, Paul, was born. At the beginning of 1927, the artist had an affair with Marie-Thérèse Walter, who gave birth to their daughter, Maria de la Concepción. Picasso’s marriage with Olga finally ended in 1935. The next year, the artist met Dora Maar and in 1943 – Françoise Gilot, with whom he had two children: a son, Claude (1947), and a daughter, Paloma (1949). In 1953, Picasso started a relationship with Jacqueline Roque, whom he secretly married eight years later. He also proposed to Françoise Gilot, but she rejected him. Allegedly, he proposed to her “for the children’s sake”. Françoise, however, had already married another man, and made her plans for a life without Picasso in it.