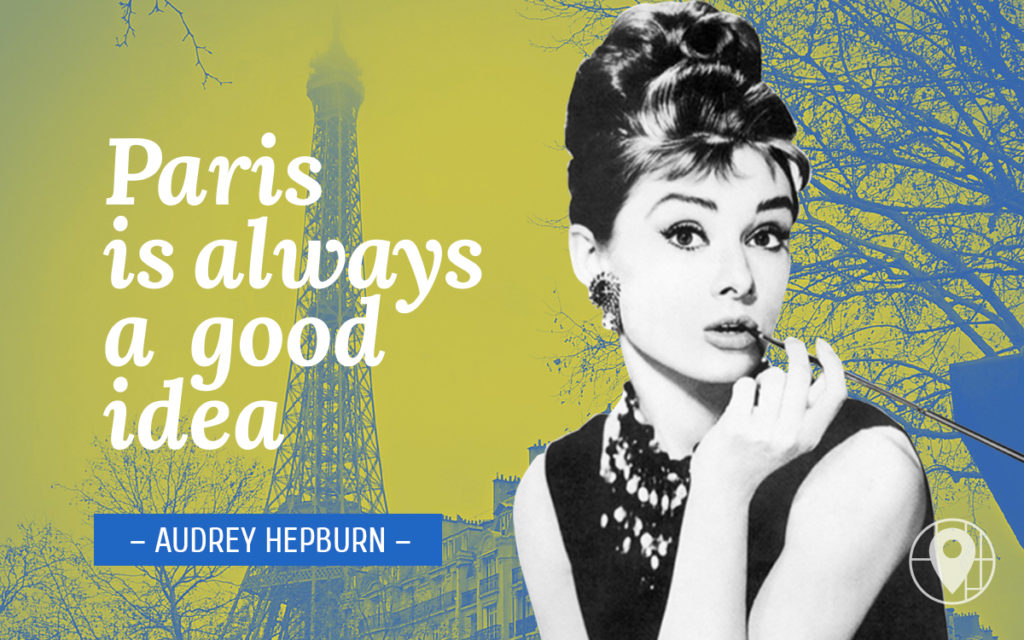 10 best quotes on Paris to enchant your date

Are you going to Paris soon and what to make a good impression on her? Do you want to shine with smart stories while having a romantic dinner at Eiffel Tower? Say hello to the best quotes of famous people about Paris carefully picked by our staff, that will enchant your date!

“When spring comes to Paris the humblest mortal alive must feel that he dwells in paradise.” – Henry Miller

“The best of America drifts to Paris. The American in Paris is the best American. It is more fun for an intelligent person to live in an intelligent country. France has the only two things toward which we drift as we grow older – intelligence and good manners.”
– F.Scott Fitzgerald

“An artist has no home in Europe except in Paris.” – Friedrich Nietzsche

“If you are lucky enough to have lived in Paris as a young man,then wherever you go for the rest of your life, it stays with you, for Paris is a movable feast.”
– Ernest Hemingway, A Moveable Feast

“A newspaper reported that I spent $30,000 a year buying Paris clothes and that women hate me for it. I couldn’t spend that much unless I wore sable underwear.”
– Jacqueline Kennedy Onassis

“Paris is the only city in the world where starving to death is still considered an art.”
– Carlos Ruiz Zafón, The Shadow of the Wind

“There is but one Paris and however hard living may be here, and if it became worse and harder even—the French air clears up the brain and does good—a world of good.”
– Vincent Van Gogh