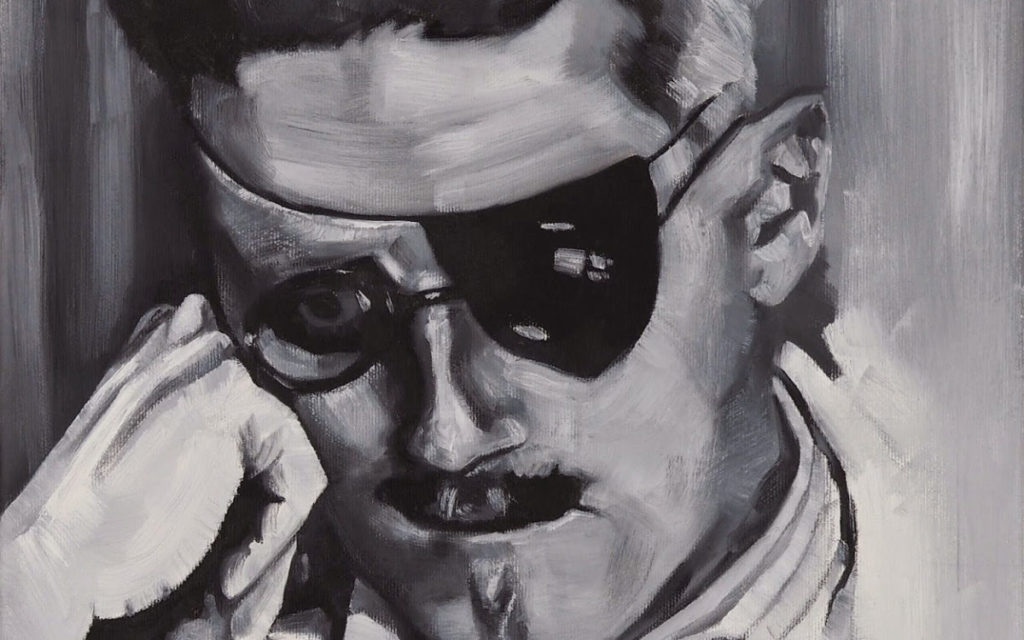 In Paris, the Eiffel Tower was being built. In Baltimore, Sylvia Beach was being born. It was 1887, and thirty-five years later this daughter of an American Presbyterian minister founded a bookshop on the Seine’s Left Bank that gained a cult following among her countrymen while she became an unofficial ambassadress of American culture in the French capital. She had three great loves in her life: Adrienne Monnier, her partner in private and professional life, Shakespeare & Co. – the bookshop that she founded, and the writer James Joyce. She found all three of them in Paris.

Sylvia Beach met Adrienne Monnier, when this resourceful Frenchman was himself an owner of a bookshop in Paris and had a wide network of contacts. Surely it was her love for Adrienne that helped Sylvie to decide to ultimately start a simillar venture. She started with setting up a place renting books on Dupuytren Street in Paris. After two years, both of them would be owners of bookshops on both sides of Odeon street. In the literary circles of that time they were as equally famous as Gertrude Stein and Alice B. Toklas. The apartment of Sylvie and Adrienne was contantly frequented by famous writers. One dinner, during which Mr. and Mrs. Joyce met the Fitzgeralds has gone down in history as one of the great ltierary encounters. „Dear Scott Fitzgerald“ – Sylvia wrote in June 1928 – „Don’t forget that you and Mrs Fitzgerald are coming to dine with us next Wednesday at 8, (to meet Mr and Mrs Joyce) and we are counting on you. Adrienne and I live at 18 Rue Odeon on the 4th floor, no lift.“*

Dear Scott Fitzgerald – Sylvia wrote in June 1928 – Don’t forget that you and Mrs Fitzgerald are coming to dine with us next Wednesday at 8, to meet Mr and Mrs Joyce, and we are counting on you.

Shakespeare & Co. wasn’t only a bookshop. This one of a kind place was a focal point for the elite of the „lost generation“. Soon it became something like a club where writers living in Paris and working in the English language met. Those who couldn’t afford to buy books were given the option of borrowing by subscription. Ernest Hemingway often used this service. Sylvia especially supported those writers who were debuting in Paris by helping them to organize readings. Even when access to American literature in Paris became easier after the arrival of the American Library, Shakespeare & Co.’s collection was still singular. One could find carefully selected unique editions, often found in the famous book stalls of Paris, and fresh titles from New York. Sylvia Beach loved books, but she loved those who created them even more. The list of her famous writer friends is very long and prestigious: Paul Valery, James Joyce, T.S. Eliot, Sherwood Anderson, Ezra Pound, Ernest Hemingway.

One could find carefully selected unique editions, often found in the famous book stalls of Paris, and fresh titles from New York. Sylvia Beach loved books, but she loved those who created them even more.

From the description in Ernest Hemingway’s A Moveable Feast we learn that Beach was “cheerful, caring and loved to tell jokes” and… “she had beautiful legs”. Their relationship was very cordial. Sylvia even got a telegram informing her that the writer’s son, John, nicknamed Bambi, was born. It also informed her that if a girl had been born she would have been named after her. Their letters are full of warmth and tenderness, without any trace of the official tone, which characterized her exchange with “Dear Mr. Joyce”*.

Nevertheless, it was Joyce that attracted the most attention in her professional life. She deeply admired him as a writer and believed in the success of his controversial Ulysses. She decided to publish it herself while it was still banned in the United States for obscenity. “Ulysses is going to make my place famous. (..) All American and English subscriptions are to be sent to me and if all goes well I hope to make money out of it, not only for Joyce, but for me. Aren’t you excited?” – she writes in a letter to her sister. In fact, Ulysess did make Sylvia Beach famous, but not necessarily rich. Rather it was Sylvia who supported Joyce with money. She even had the courage to publish Ulysses and to smuggle copies of the forbidden book to the United States. She was also his assistant and agent, tirelessly taking care of his letters. Their friendship was shaken however, when in 1934 the writer signed a contract for Ulysses with the big publishing company Random House, which during a few months sold a number of copies that was equal to the total sales of Shakespeare & Co. Sylvia felt personally betrayed and held a grudge for many years after because Joyce didn’t repay her for all her help even when the small bookshop suffered from the effects of the pre-war recession.

She deeply admired him as a writer and believed in the success of his controversial Ulysses.

She loved Paris. When was the fourth big love of her life born? Was it when she was fifteen – when she moved with her family from Bridgeton to the French capital for three years? Sylvia’s father became a pastor in an American church in Paris then. Was it while she was studying at the Sorbonne? Or maybe she finally fell in love with the city when she fell in love with Adrienne? In a letter to her mother, who loaned her money to open Shakespeare & Co., Sylvia wrote: “At least but not at last the right to live in Paris – which is enough to make anyone as happy as happy can be and life read like the Pink Fairy Book.”*
Her Parisian life never quite became a fairytale but it was as fascinating as the best English novel in Shakespeare & Co…you just had to be there in person to read it.